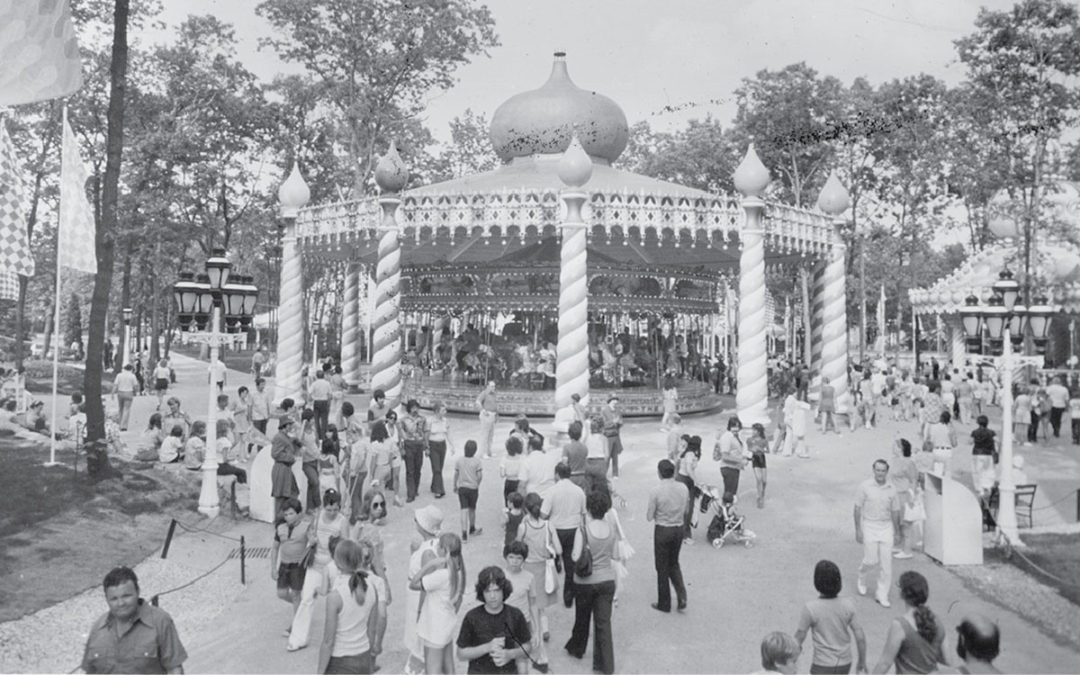 This update includes the latest news on our expansion project and fundraising goals. We also take a look at the historic Great Adventure and share an archive spotlight from 1924.

Six Flags Great Adventure’s 19th-century carousel was installed when the park was constructed in 1974. The carousel dates back to 1897 and was built in England by Frederick Savage for traveling showmen John Beach & Sons. In 1968 it was transferred to another English traveling showman, J. Williams. Warner LeRoy, who created Great Adventure, acquired the carousel in 1973 from Williams. Originally powered by steam, it has been converted to run on compressed air. The carousel features 24 jumping horses and 12 roosters. Having been built in England, the carousel operates in a clockwise direction, contrary to most carousels operating in North America.
NRCMA/BOB MINICK COLLECTION

From The Archives Collection 1924 A lucky young man poses in front of the Silver Spray Pleasure Pier, in Long Beach, California. The pier, which received its name in a contest in 1917, was adjacent to the Jack Rabbit Racer, considered the second largest racing coaster in the country. Opened in May 1915, John A. Miller was part of the design team with Frederick Ingersoll of Pittsburgh, Pennsylvania. Rides and attractions were housed along a central mid-way on a 300-foot wide wooden platform. The coaster was replaced in 1930 by one of the most famous roller coasters ever constructed, the Cyclone Racer. Meanwhile, the pier and park buildings only lasted until 1948. —Richard W. Munch Over $322,000 has been raised towards our goal of $500,000! Donations are still needed from industry suppliers, parks and individuals.