A Book Review Of Geauga Lake: Sunrise to Sunset 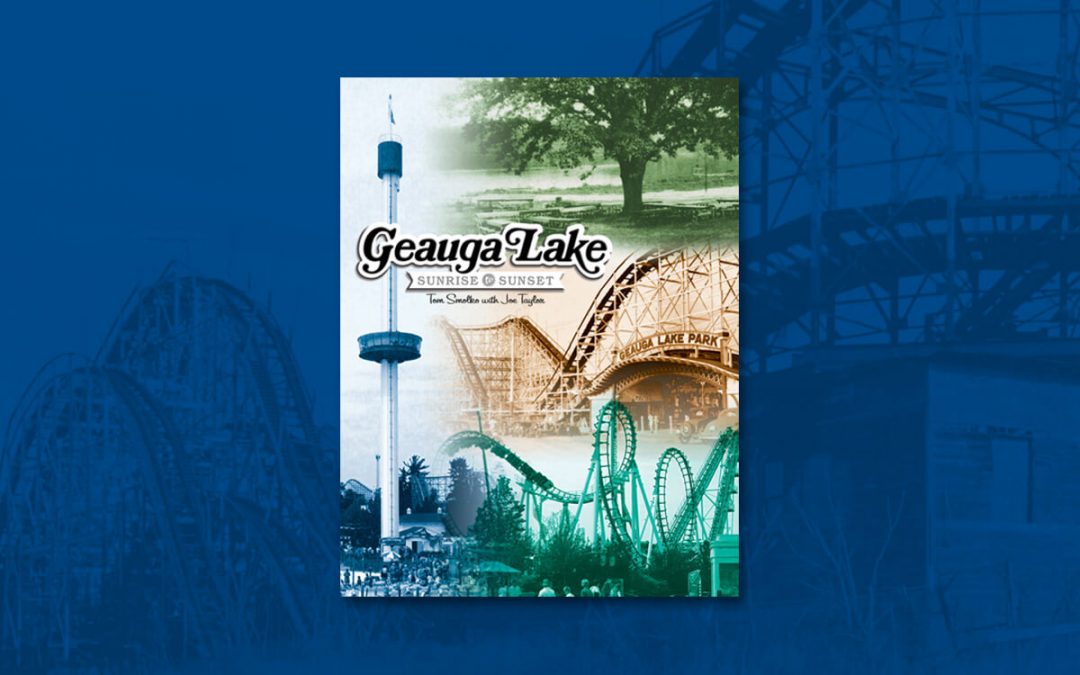 For more than a century, families in northeast Ohio could look forward to spending a fun-filled day at Geauga Lake Park.

Then suddenly following the end of the season in 2007, corporate owner Cedar Fair announced the park would never reopen. 100 years of history, memories and tradition were suddenly gone without explanation and, worse yet, no one was given the opportunity for one last visit to say goodbye.

Despite the lack of a proper farewell, the memories have been kept alive by the thousands of fans the park endeared over the past century. One such fan — a former employee of the park — has gathered photos, stories and precious memories and assembled them into a new book: Geauga Lake: Sunrise to Sunset.

Published by Cleveland Landmarks Press Inc., the 112-page book documents the rise of the recreation area once known as Giles Pond to a full-fledged amusement park to its shocking close and now agonizing decay. Author Tom Smolko with writing partner Joe Taylor along with several park historians and Geauga Lake experts have assembled a remarkable collection of images and text spanning nine chapters to tell the story of northeast Ohio’s Geauga Lake Park.

As settlers moved into the area originally set aside as Connecticut’s Western Reserve, the Ohio General Assembly started dividing the land into manageable counties. Geauga County, formed in 1806 was named for the Native American word for raccoon — jyo’aka. 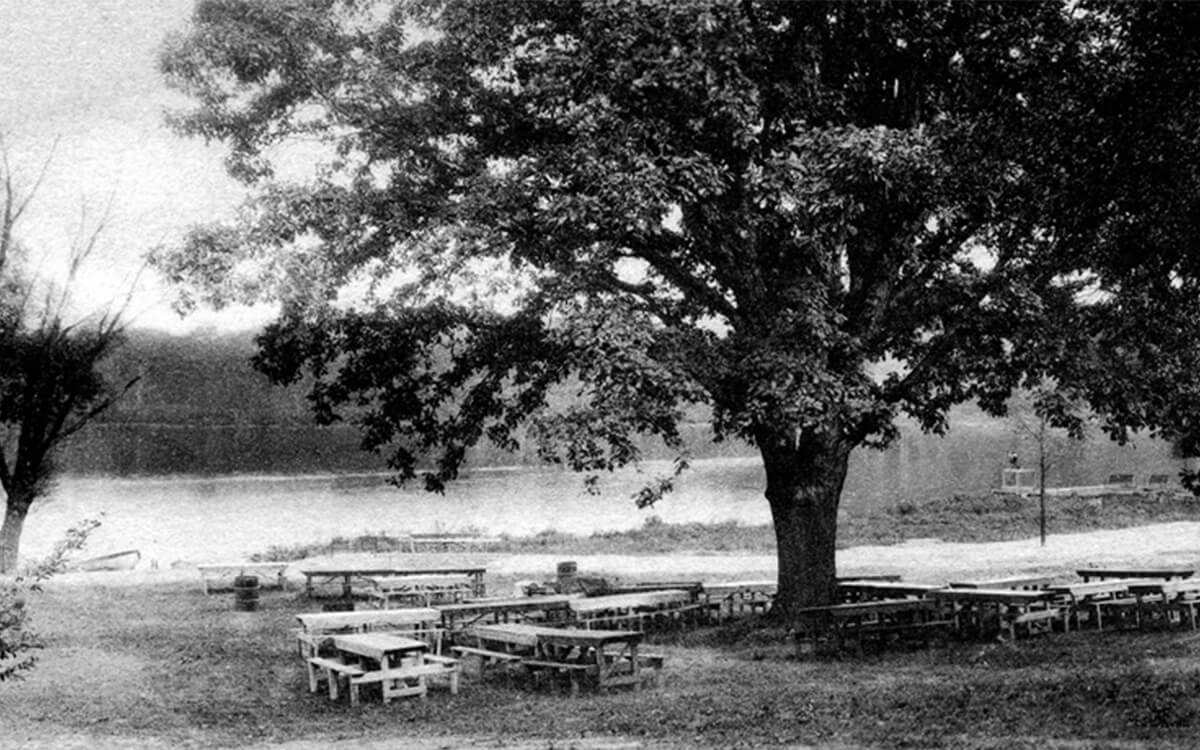 In 1817, Joel S. Giles purchased 100 acres on the northeast side of the naturally formed “kettle lake,” left behind from the retreat of the Wisconsin glacier 15,000 years earlier. Giles’ sons started adding modest amenities including picnic tables and small boats available for rent. Visitors to the area began to refer to the property as Picnic Lake or Giles Pond. In 1888 Alexander Kent realized the potential for expanded visitation by purchasing property and erecting a 75-room hotel known as the Kent House. Opposite the hotel, the Giles brothers erected a dance hall and other entertainment facilities. In 1889 the first ride joined the offerings — a steam powered carousel. By that time properties along the lake included baseball diamonds, tennis courts, a restaurant, shooting gallery and roller skating rink. During this time other businesses that sprang up along the shore started referring to the lake as Geauga Lake, in reference to the county in which it was located. 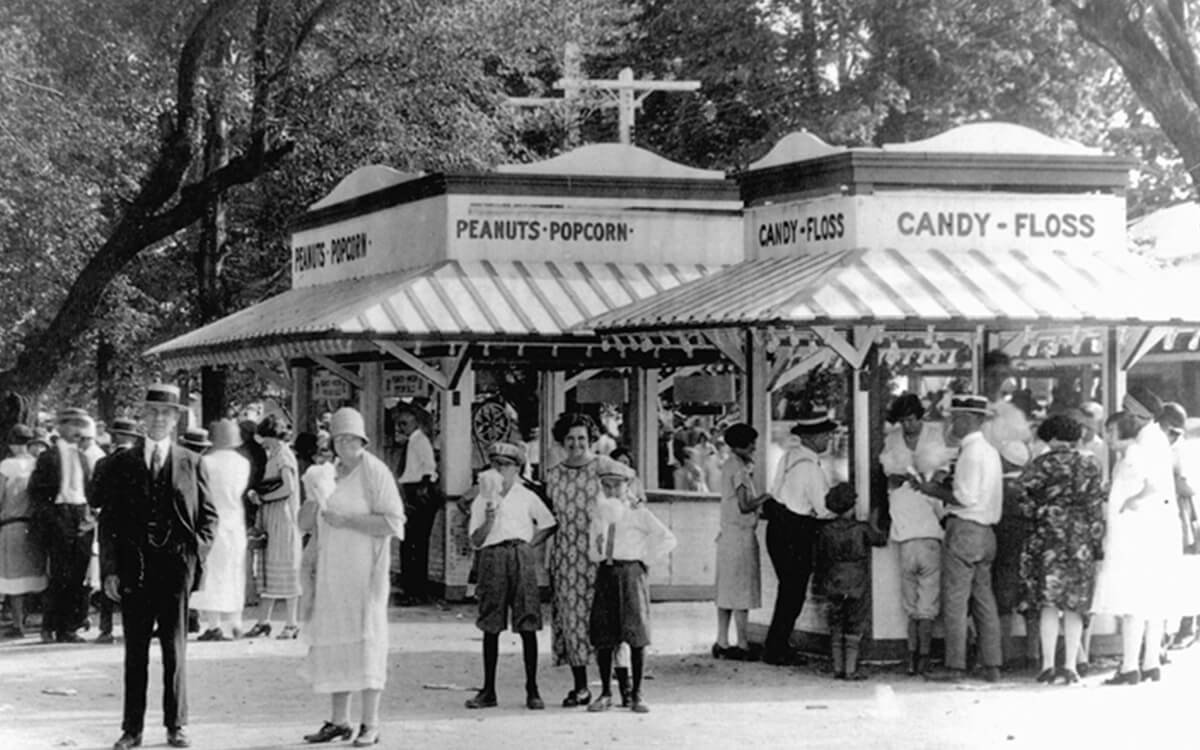 Though doing well, the Giles brothers eventually decided to give up ownership. In 1924, William J. Kuhlman along with two close friends, Edward Taylor and Frederick Rand, purchased the 100-acre property. This threesome would be responsible for changing the area into an amusement park. Over the winter, contractors were hired and by June of 1925 the property had been transformed. Highlighting the new park was a $50,000 National Amusement Devices roller coaster. Then known as the Skyrocket, the John Miller-designed coaster featured a 65-foot drop and raced along its 2,680-foot course at speeds of 32 mph. Eventually renamed the Big Dipper, the coaster thrilled generations of thrill seekers right up until the closure of the park. It is the only ride still standing at the abandoned park. 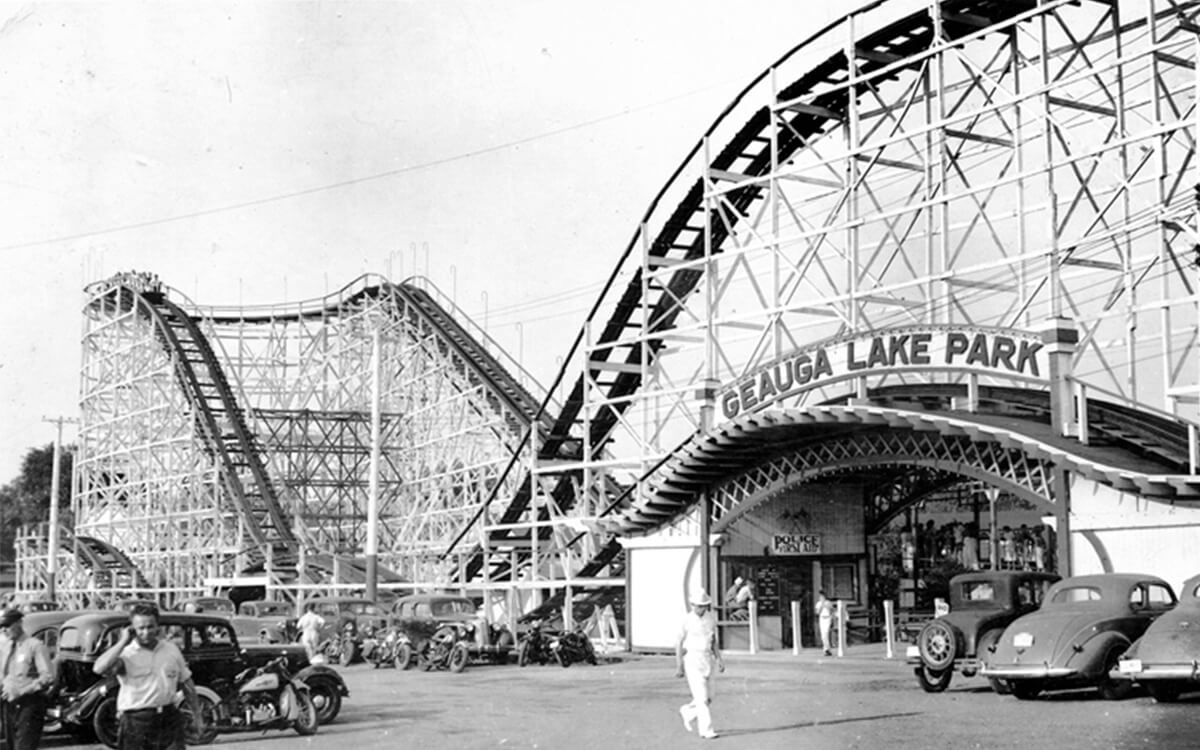 Kuhlman continued to expand the park until the summer of 1944 when he was tragically killed in a motor vehicle accident. Though his death shocked the Geauga Lake community, his niece, Viola Schryer, who had been working as Kuhlman’s assistant, vowed to continue her uncle’s work. The park struggled through the war years but managed to survive to entertain the new generation of baby boomers that resulted when the troops came home. Throughout the 1950s and 1960s companies and organizations held annual picnics at the park. On August 1, 1968, Cleveland’s popular radio station, WIXY 1260, held an appreciation day at the park drawing an estimated 100,000 to 120,000 people. The healthy revenue stream would help move Geauga Lake into its next chapter.

Four employees of Geauga Lake’s main competitor, Cedar Point, in nearby Sandusky, Ohio, left Cedar Point, pooled their resources and formed a new company — Funtime, Inc. On November 5, 1968, Funtime purchased Geauga Lake Park for $5 million. The Funtime years were perhaps the most profitable for the park as these four “disgruntled” Cedar Point employees changed Geauga Lake from a small family-owned park to a force in the industry. Additions to the park included a monorial, observation tower, log flume and multiple flat rides. The introduction of the world’s first steel roller coaster with back-to-back double loops, simply known as Double-Loop, thrust Geauga Lake into the limelight. This was quickly followed by another steel coaster, Corkscrew, in 1978.

The 1970s also brought another attraction to the area. Though originally perceived as competition, George Millay’s second Sea World marine mammal park on the opposite side of the lake heralded a partnership that benefited both parks for 30 years.

By 1995, Funtime, Inc. had grown into a multi-million dollar corporation with three parks under its ownership. That same year, Oklahoma City-based Premier Parks, in the midst of an inexplicable buying spree, made an offer to purchase Funtime for $60 million. In August of 1995, Premier took ownership of Geauga Lake Park bringing an end to local ownership. It was a change that would ultimately diminish the park, leading to its eventual sale to long-time competitor Cedar Fair in 2004. Three years later, Cedar Fair shuttered the amusement park. The park had survived the Great Depression, two World Wars, and multiple ownership changes, but somehow, Cedar Fair, which successfully managed multiple parks throughout North America, was unable to turn a profit at one sole park — Geauga Lake. 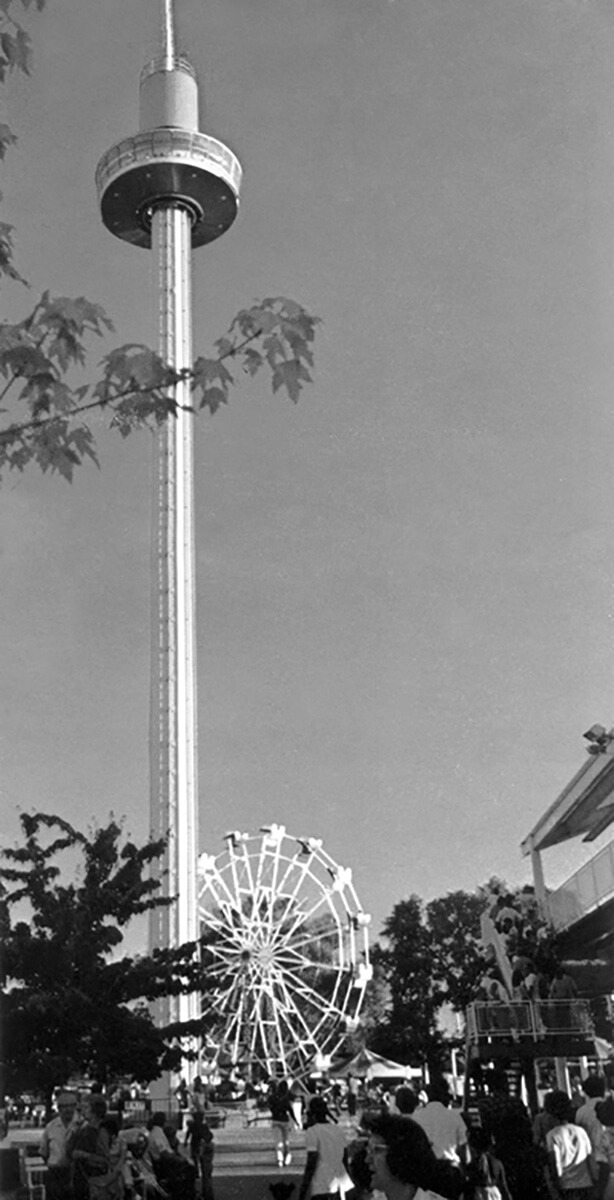 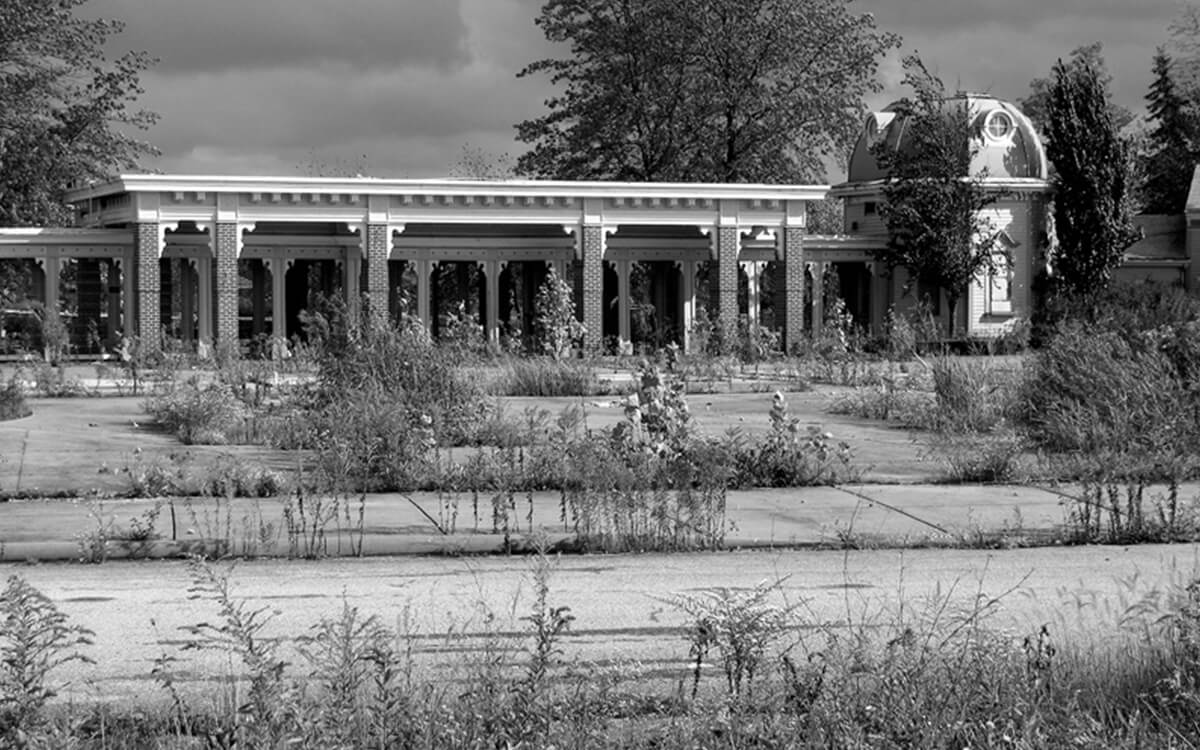 In addition to the remarkable yet heartbreaking story, Geauga Lake: Sunrise to Sunset offers an amazing collection of mostly black & white photos including some of the earliest photos ever taken of the area. An appendix lists the disposition of the rides that were sold when the park closed as well as their current location if they are operating. A 15-page color inset features full-color photos of the park at various times, including a look at the abandoned park as it appears today.

The book retails for $21.50 and is available at ClevelandlandMarksPress.com, Amazon and can be ordered through local Barnes & Noble bookstores. It is a must-have for anyone who ever had the opportunity to experience a day at northeast Ohio’s once popular home-grown park.