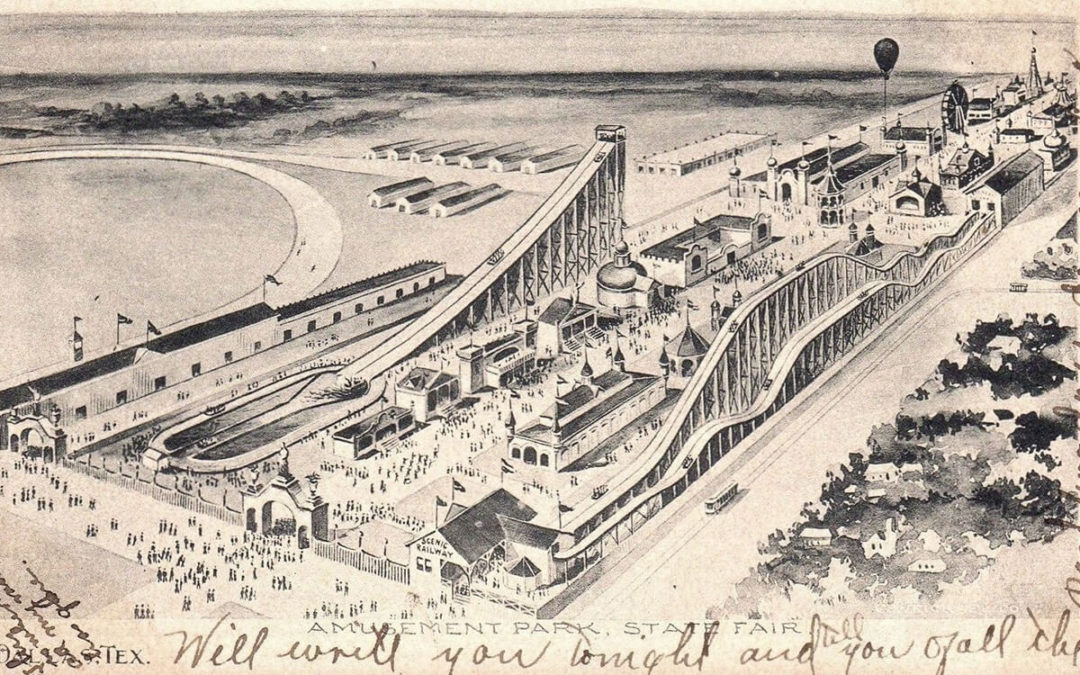 When the State Fair of Texas, in Dallas, Texas, closed on Oct. 24, the new Lightning roller coaster at the Dallas Fairgrounds was credited for bringing in the crowds, as nearly a million visitors enjoyed the fair. Many had come out to ride the new 3,000-foot-long, out-and-back wooden coaster, which had first operated on Aug. 7. Officials credited the new ride for increasing attendance from the 1923 fair, in conjunction with a new midway and other mechanical rides. Paired up with the nearby John Miller Skyrocket, the state-of-the-art Miller coaster, built by F.W. Pearce, it thrilled fairgoers for nearly a decade. It was the first time the Fairgrounds operated four wooden coasters.