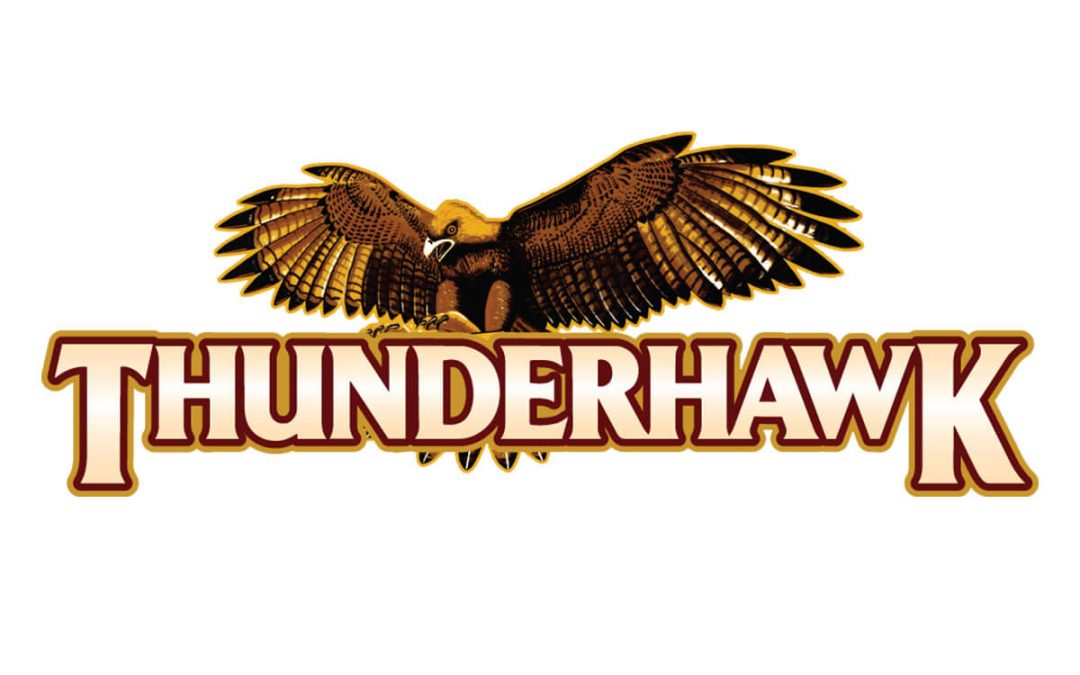 ALLENTOWN, Pa. — Dorney Park opened for its 133rd season April 30 with several new additions to enhance the guest experience. New Executive Chef Malo Jones has developed innovative and unique dining experiences. These include new menu items that can be found at the Smokehouse Barbecue. Four new special events — Battle of the Bands; KidsFest; Bands, Brews & BBQ and a Food Truck Festival — have been added to the line-up for the 2016 season. The biggest change to the park this year is the refurbishment of Thunderhawk. The Thunderhawk is Dorney Park’s iconic wooden roller coaster, now in its 92nd season. This 1924 Philadelphia Toboggan – built, Herb Schmeck-designed ride has two new sets of trains. Only the fourth time in the history of the ride, replacing rolling stock that has been in place since the early 1980’s. Other aspects of the update include fresh new paint for the superstructure and LED tracer lights the entire length of the ride. Mike Fehnel, vice president and general manager of Dorney Park, shared the enhancements timeline:

“Planning started in the spring of 2015 by Brad Marcy (former general manager) and Brad Nesland (vice president of Maintenance). Orders were placed in the fall in order to ensure delivery in time for the start of 2016. As the oldest remaining coaster from Philadelphia Toboggan Coasters, Inc. (PTCI), Thunderhawk truly is a gem; however, it was time to receive a refresh.”

The two new four-car, three-seat trains manufactured by PTCI replace the ride’s older rolling stock of the same configuration. A new color scheme of maroon and gold is used throughout the ride vehicles, which now feature individual lap bars and 3-D Thunderhawk logos. Fehnel explained why PTCI was selected,

“This being one of the 10 oldest continuously operating roller coasters in the world, it was key to stay true to its origins. We wanted to maintain a classic roller coaster train, but with all the modern safety systems. The front of the train was elected to be the “open air” design. This gives a unique look and feel to the trains.” 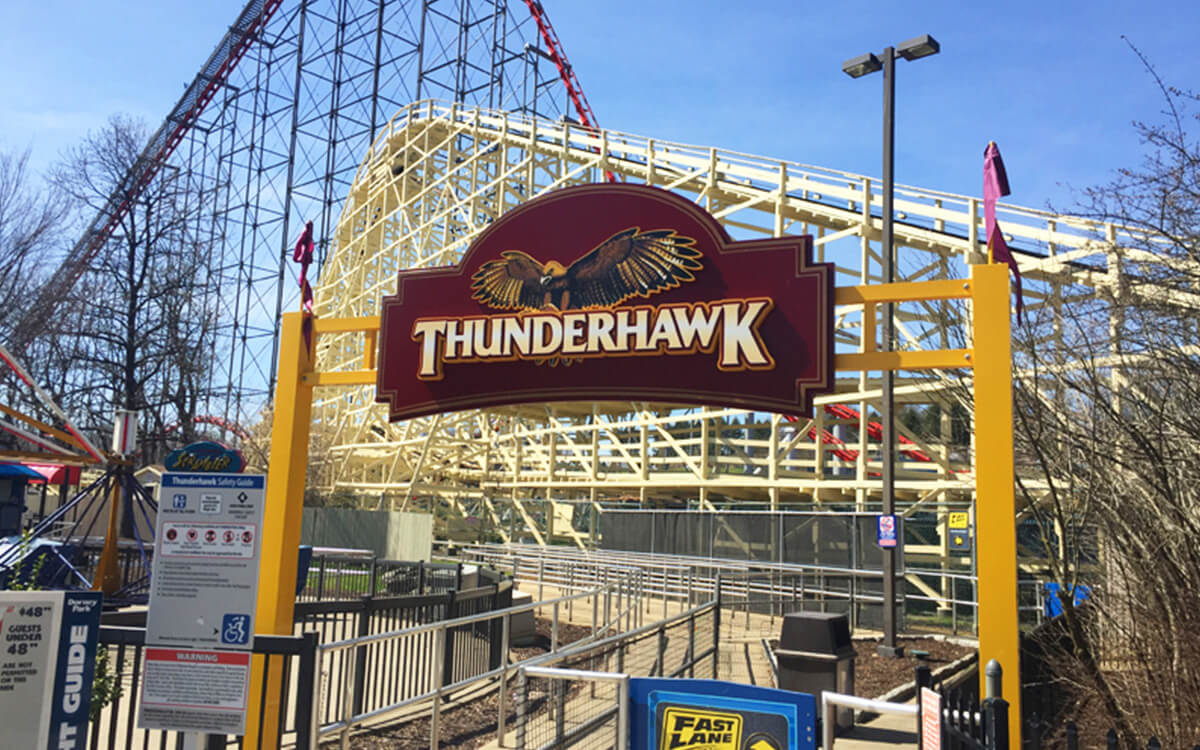 The entire ride has been repainted banana cream, a color similar to what was selected the last time it was painted. Rounding out the enhancements are ride profile lights. “The new light package consists of LED tracer lights. They virtually cover the entire ride with thousands of individual clear bulbs. The bright, white lights that outline the classic wooden roller coaster are sure to bring back a bit of nostalgia to Dorney Park,” said Fehnel. Aside from the new rolling stock, most of the rest of Thunderhawk enhancements were done in-house.

The new ride vehicles are designed with lead cars with open front panels. This is an adaptation of ride train designs during the wooden roller coaster’s first Golden Age in the early 20th century. Tom Rebbie, president of PTCI, Hatfield, Pa., was up for the job.

“It’s an eye-opening experience when you have to adjust 2016 technology on a 92-year-old ride.” He continued, “Dorney was great to work with. They were very reasonable. Whatever they asked for we complied. Everything went very smoothly. We thoroughly enjoyed working with them.” 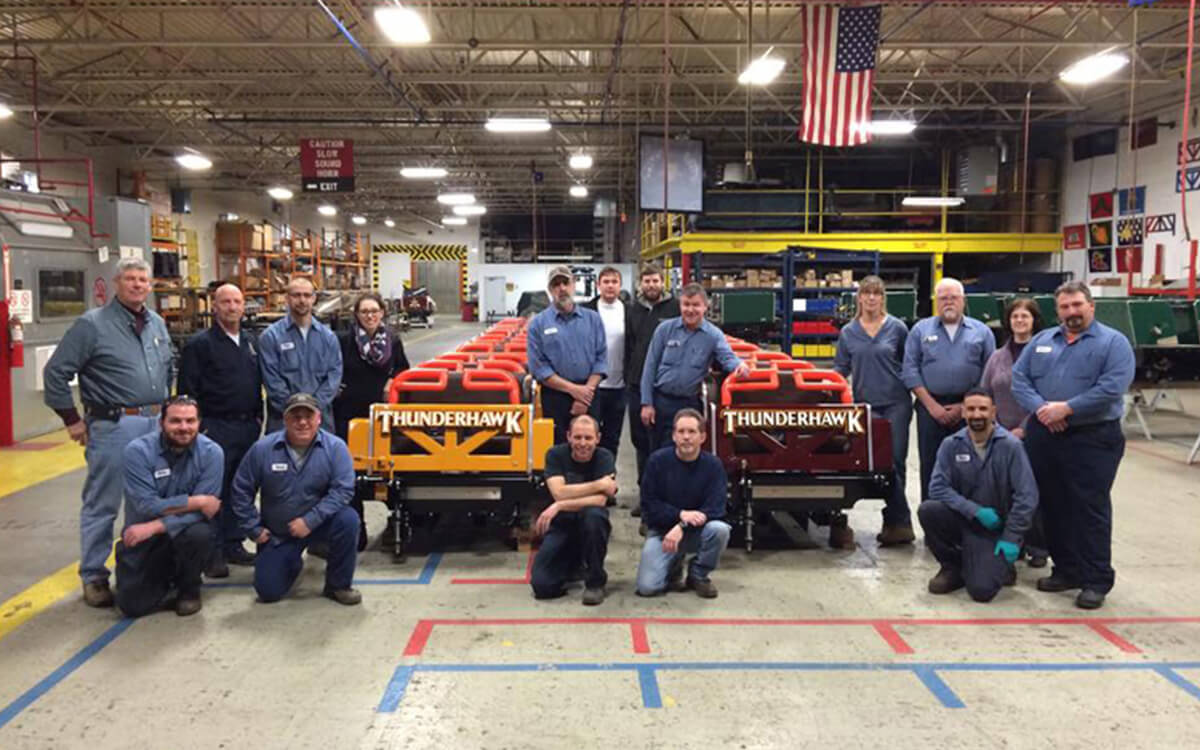 Rebbie went on to mention that his crew enjoyed hands-on experience with their ride vehicles on the Thunderhawk track, a mere 28 miles north of the PTCI manufacturing facility. “Guys who normally do not get out of the shop got first-hand experience with the park, on-sight,” said Rebbie.

Completing the update are a series of historical markers around Thunderhawk featuring highlights from the ride’s 92-year history. “We were discussing the legacy of Thunderhawk, and its past turned out to be quite unique. We also discovered that PTCI had some incredible documents and photos in their archive, thus what better way to celebrate the 90-plus year history than to show how the ride changed through the decades,” said Fehnel. He continued,

“The first sign shows the original design of the ride as an ‘out and back’ coaster. We were even able to include an original contract for the construction which detailed ‘Mr. Schmeck’s services during the construction of the ride at a rate of $17.00 per day.’ The second sign details the reconfigurations for the 1930 season. Next is the ’yellow coaster’ era followed by one for the modern day Thunderhawk.”

While park staff was conducting historical research for the markers, they found that Thunderhawk was originally called Joy Ride when it first opened. Most people remember The Coaster designation that was used through the 1988 season.