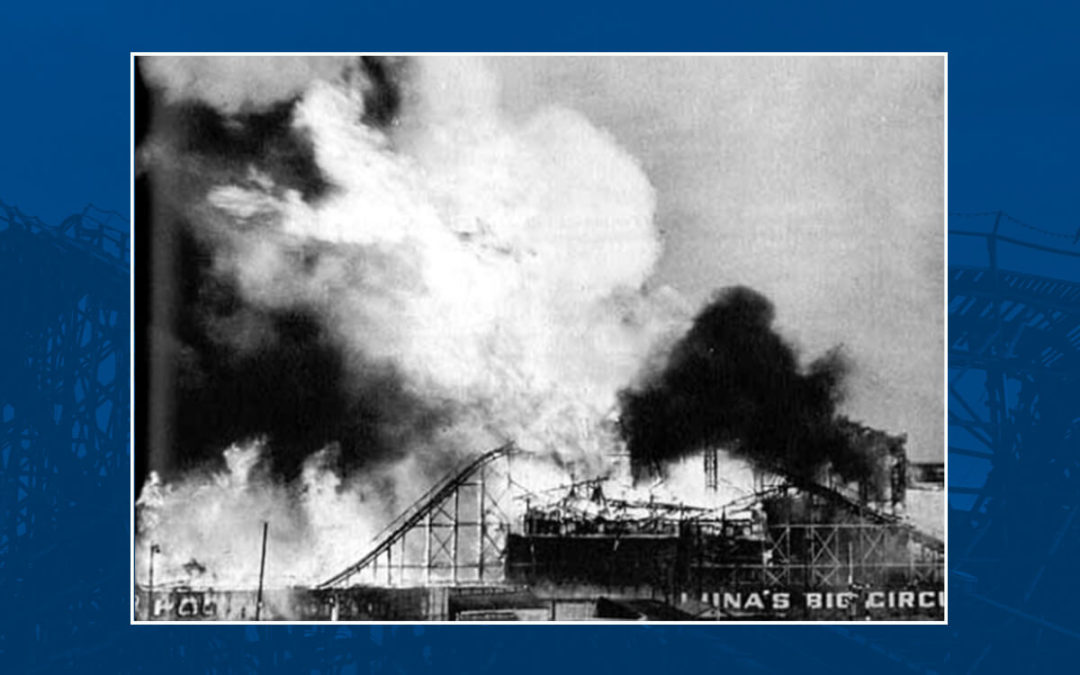 The October 2 fire at Coney Island, Brooklyn, N.Y., was the final nail in the coffin for Thompson and Dundy’s Luna Park, which had closed permanently after a devastating fire two years earlier. Sparks from a worker’s blow torch ignited refuse under the remaining section of the Mile Sky Chaser coaster. The four-alarm fire lasted into the night while subway and trolley service near the former park was halted. With the flames moving to other structures in rapid succession, the fire consumed everything that was left except the ballroom, pool and administration building. The park was in the process of being torn down to make room for a housing project, which did not materialize at that time. It was used primarily as a parking lot until the city began construction of the Luna Park Houses (a set of high-rise, low income housing projects which still stand today) in the late 1950s.