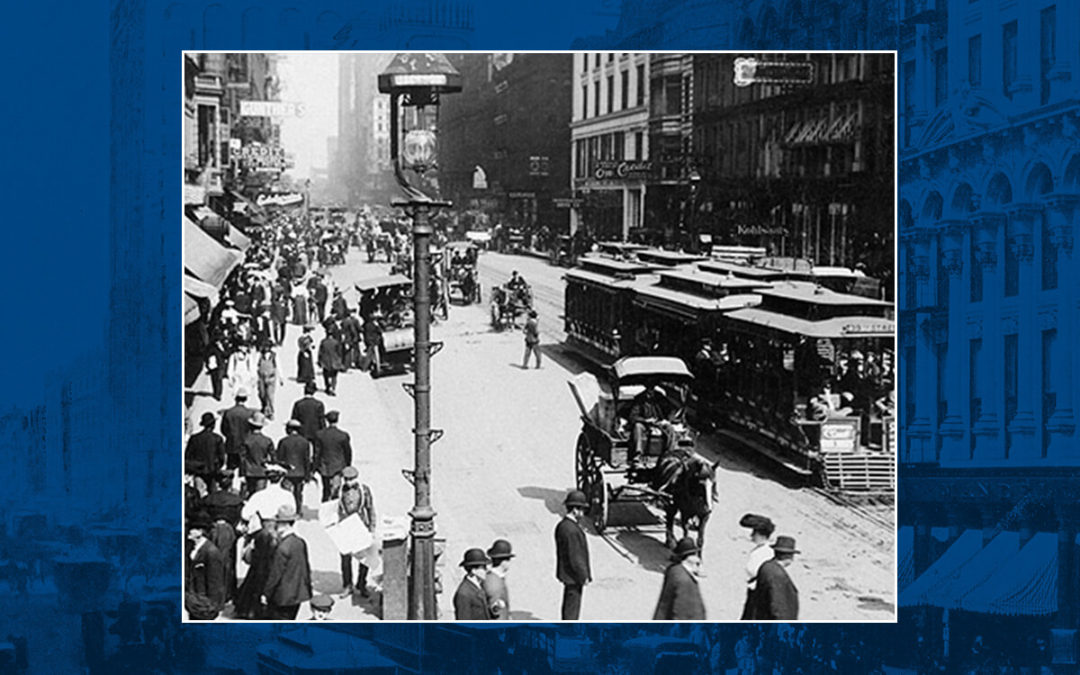 Construction of a new park in Chicago, IL., began in mid-October, at the corner of 52nd Street and Halsted Street. The short-lived park opened as Luna Park in 1907 and competed with other parks in the Chicago area during its short existence, including Riverview Park and White City. Located on a former picnic grove, it was created by a local investment group and serviced by trolley lines. At only 10 acres, it included a midway, small roller coaster, merry-go-round, a ballroom, restaurants and other attractions. Because of its small size and expanding competition, including Sans Souci Park, attendance began to decline as the other area parks continued to expand with new attractions and entertainment. The park closed for part of the 1910 season, while owners looked to sell the failing operation. It opened for only part of the 1911 season, after which, most rides and structures were removed in 1912. Today, the former neighborhood of Luna Park contains single-family homes.