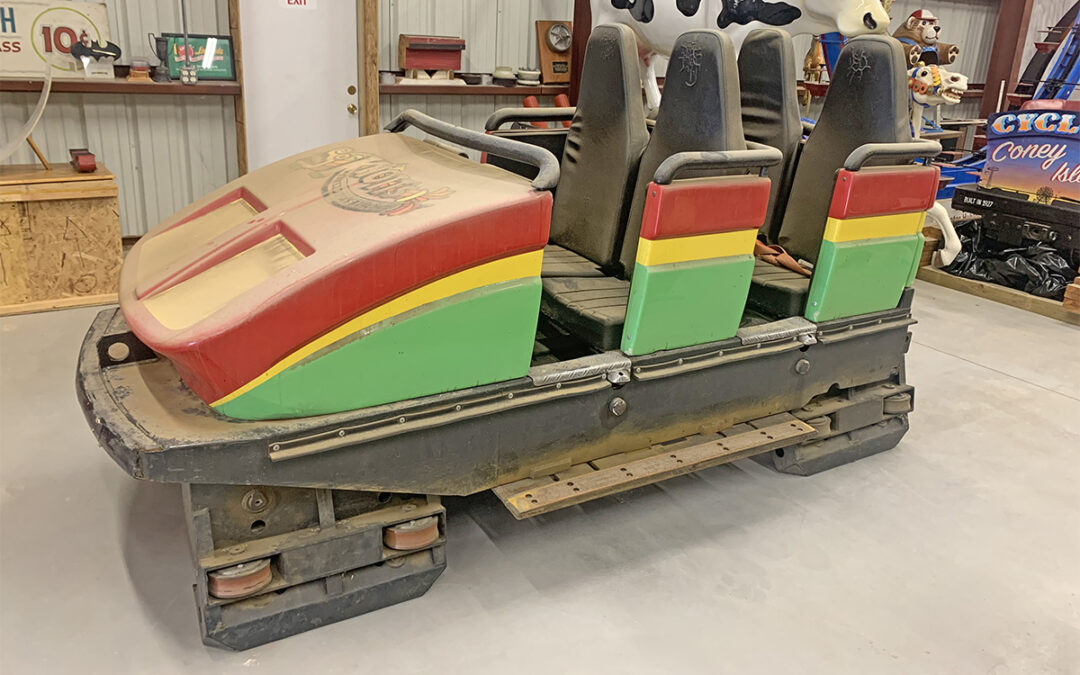 Iconic ride designer and manufacturer Anton Schwarzkopf’s legacy is being preserved at the National Roller Coaster Museum with the latest donation from Montezooma’s Revenge at Knotts Berry Farm and Cedar Fair Parks.

“This is an historic addition to the Museum’s permanent collection that showcases the classic Schwarzkopf shuttle loop,” Richard Munch, NRCMA Historian said. “Knott’s Berry Farm has magnanimously provided us with two ride vehicles, the iconic sign and the top of the ride’s loop. It is an amazing donation.”

The Schwarzkopf Shuttle Loop coaster opened at Knotts Berry Farm opened in 1978. Knotts Berry Farm described the ride experience as catapulting passengers out of the station at 55 miles per hour, up through a 76 foot, 360° loop, and then to the top of a 148-foot tower. After a moment of weightlessness, the train zoomed down the tower, backward, passing through the loop, and passed through the station up a second 112 foot tower, then down the tower into the station. The propulsion system is based on an aircraft carrier’s cable launch system and gives the rider the thrill of traveling zero to 55 miles per hour in just 4.5 seconds.

The NRCMA continues to expand its collection of artifacts and archiving facilities in Plainview, Texas, but the museum needs support from the industry and from fans of amusement parks everywhere for these efforts to continue. Donations can be made online or by mailing to
NRCMA
P.O. Box 5424,
Arlington Texas 76005.