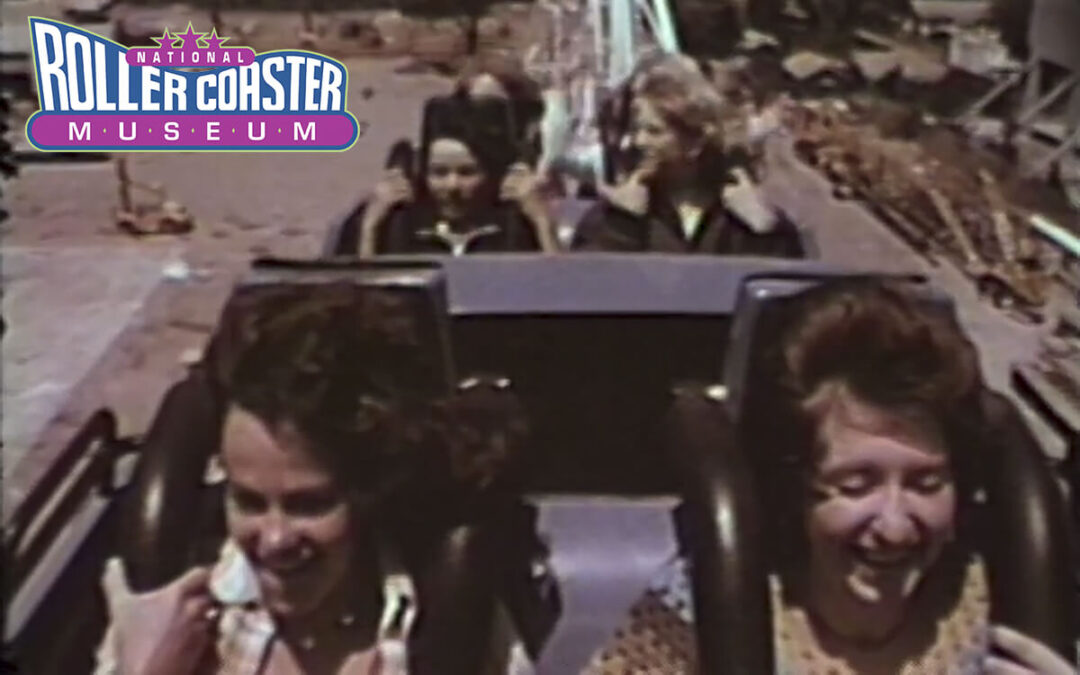 The National Roller Coaster Museum and Archives (NRCMA) is debuting newly unearthed, historic ride footage this summer! Be among the first to see this never-before-seen footage from the Arrow Film collection.

As pioneers of the amusement industry, the Arrow Development company built some of the most legendary roller coasters ever created from 1959 to 2001. Now, the NRCMA, the world’s largest collection of amusement ride vehicles and blueprints, will soon debut never-before-seen, recently preserved test footage from their Arrow film collection.

“To be able to preserve and then share this footage with fans around the world is an absolute thrill,” Richard Munch, NRCMA Historian. “By digitizing these incredibly rare films, we will be able to tell the history of the roller coaster that much better, to a much larger audience than ever before.”

The Arrow film collection, which will debut as part of American Coaster Enthusiasts’ “West Texas Roundup” event, consists of film reels, tapes and DVD’s. They were donated from roller coaster manufacturer, S&S Sansei of Logan, UT, who purchased Arrow’s assets in a bankruptcy sale in 2002. There are hundreds of hours of donated footage still requiring digitalization and preservation.

We have included a sneak peek of the clips. Be sure to make your plans to attend the special premiere to see all of them! If you can’t make the event, plan a visit to the NRCMA to see the footage.

While continuing its expansion and collection of artifacts, the NRCMA needs support from the industry and from fans of amusement parks everywhere to continue these efforts. Donations can be made online or by mailing the NRCMA at P.O. Box 5424, Arlington Texas, 76005.

The NRCMA is an unaffiliated, 501(c)(3) non-profit organization dedicated to the protection and preservation of historic roller coasters and amusement park artifacts and memorabilia to document and archive the history of the amusement park industry in a dynamic environment while providing the most complete repository of information and documents regarding the amusements industry.